Continuous Betterment at Dancer Education: Moving out of the Comfort Zone and Stagnant Plateaus into 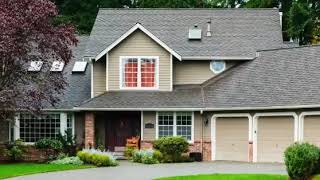 Best Thing You Could Possibly Do For Your Fitness Now

~~~~~A podcast of this blog can be found here as recorded and archived for Goddess Divination podcast at Blog Talk Radio.~~~~~

I’ll start from my own perspective since I had to be in the dating seen for quite some time after my mid 30s. Not something I really desired to be in, but more like I was kind of pushed in after having a divorce and not having any family around me such as a kid, etc and not wanting to live an alone life while I respect so much for those desire that. Well, the main reason of my divorce was the desire to create a family. Meaning to have a kid. As my ex-husband rejected the idea, I had nothing else left to do but to live him to seek for someone who would want that although we had no other problems in marriage.

So, briefly when thrown into the dating scene, I have experienced that there are many young men who are into older women as well as no need to mention older men into relatively younger women. For me age is a number. Whether older, younger or same age, I want both a mental and a physical attraction. To be honest I do not appreciate men that are my age or older look, let’s bluntly say “old”. Well, how about you, you might ask. Don’t you look as “old” as the men that are at your age. I’m going to answer this no. That’s where my frustration comes in. I’m a person who takes great care of herself in every way. So, I really appreciate that in the opposite sex and when can’t find it, I know that things are not going to work out.

And there may be some women who can tolerate that if the men is older, but affluent. One way or the other that relationship won’t work. It may work on the surface and paper, but deep in conscious, it won’t.

How about the young men? Well, from the very beginning I’ve been an observer that men mature much later than women. So, I always looked for slightly older men to date with a hugely open mind yet again that age is just a number. I’ve also seen most younger men who are attracted to me are doing so more for what they call “fun” and you know what I mean. Why wouldn’t they date younger women then? Hey, all you might know is that they might do that, too.

But I always told myself, at this time of my life as I’m not as coy as I used to be once, I’m not settling down for someone that I’m not going to enjoy looking at as well as not establishing an ultimate connection. I want both and also need one more level into the libido. If I carry it, I am entitled to seek it, too.

At this point we can analyze the motivations why older women seek younger men or vice versa and why younger women may seek older women.

For older men it is a step into catching a trophy, an eye candy, ego boost for what they can achieve due to their affluence, status, personal charm. For younger men it is to land a more experienced, settled, charming, established, wiser, stronger, smarter woman.

For younger women to date the motivational list may include a stronger dad-like figure, the feeling of being well taken care of, affluence factor, more settled, wiser character, and established lifestyle. For older women to seek younger men, they enjoy what youth brings in as in more energy, fun-loving liveliness, more adventurous, less controlling, more carefree attitude.

From female's perspective I am sad to observe that women sometimes see marriage or relationship as a way out or their life saver instead of doing it so by themselves on their own two feet. That is unbelievable at this time and age. I call out all parents to help guide your daughters to learn to build their lives and careers as well as developing their personalities first. Then they are ready to find and open their hearts for the right person that they will love and share a life together. Otherwise, you will be unhappy all the time. Why risk unhappiness for the rest of your life while you can have anything you want on your own first and then go for more?

Also it is quite common for older men to come off too much like a controlling figure. At that point that feels like a father figure than a lover and is not a good base to create closeness. Also men lose quite a lot of physical functionality if they don't take care of themselves. This is one of the biggest reasons I think in older women seek younger men. Men play a big role in bringing up the women’s libido up or down while women don’t play that big of a role for men. Men’s issues can be more physical than psychological. Women may have physical issues such as lack of necessary hormones but most times it is psychological. When women lose connection or experience trauma, they lose libido, too.

Below are 4 rules I go by to seek in a meaningful trustworthy long-term relationship regardless of age, status, job, affluence, etc:

I believe these four points hit home to be able to enjoy quality time together to create memories. What is life after all if not shared?

Also there is the internet dating age rule of thumb. This Dating Equation is ½(your age) + 7. It says that it's okay to be interested in someone “half your age plus seven” years. According to this rule, it would not be creepy for a 30 year old to date a 22 year-old, but an 18 year-old would be off-limits. As I evaluate this calculation based on my experience and insight, I do agree. Works for me if the age will be a part of this formulation that I created with my four rules of a meaningful relationship above.